Trish and I have just come back from a trip to south east Asia and this is the first in a series of posts about the trip – along with a few photo of course We booked a trip to the floating markets about 150km outside of Bangkok. Had no idea what to expect. My big worry was that we would have a big bus load of tourists and be whisked from place too place to a schedule. We were up at 6 the following morning and met t he tour guide rep in reception. We got on a bus with 6 or 7 others and had to listen to 3 south African women complain about another who was a little late… We got to a staging area and got divided up between the different tours being run that day.  This guy approached up and told us he was our private guide for the day – Trish & I, a guide and a driver in a big Toyota with air -con – could not get better than this. So, we headed off in the car, the four of us. One of the most amazing things about Bangkok is the contrasts; one minute there are 8 lane highways, skyscrapers, massive junctions and trains whose tracks are at least 150m above the ground, the next, there are old canals and rickety houses made from wood and galvanise sheets in true shanty town style. In Bangkok, these are mixed together in the most bizarre way. After about an hour in the car, our guide dropped us at a warf on the canals. we were picking up one of those mad canal boats that featured in the Roger Moore Bond film – The Man with a golden gun.  We took a boat for a half an hour along the canals to the floating market. It was like entering a different world, all the houses along the canals with the myriad of life – people washing hair, clothes, kids playing everything. It was obviously a very poor area. We eventually arrived at the floating markets. These are are the biggest in Thailand and are struggling as younger people desert the lifestyle and buyers choose to go to Tesco for fruit & veg – yes, Tesco…. The floating market has lots of people selling fruit & farm produce, as well as lots of stands selling cooked food- bits of fish, chicken and pork – tried a few of these, the fish and pork in particular were very good. Anyway, some images from the first few days in Bangkok. 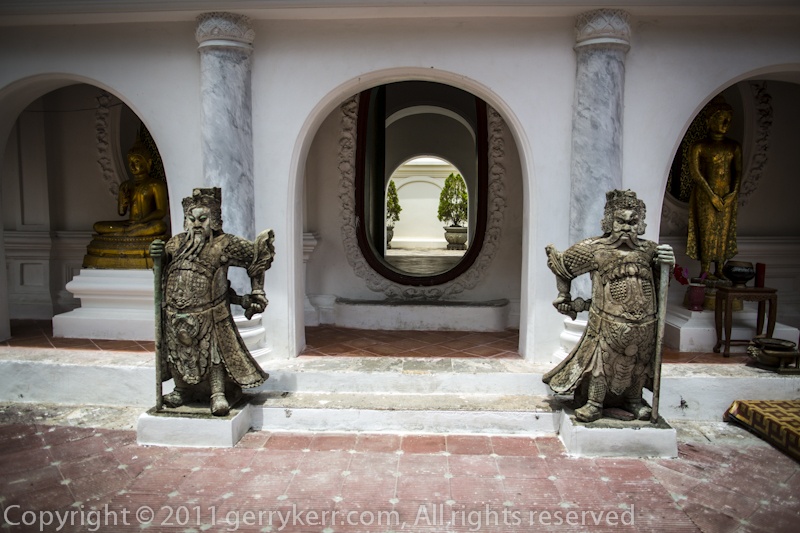 A return to Vietnam, Part 1 - Saigon

A return to Vietnam, Part 1 - Saigon