Inside Burma’s illegal trade in tigers

This is yet another series of images from the Guardian and a good follow-up to the St. Petersburg Tiger summit. The core of the problem is how you deal with local poverty and official corruption and create a value for the tiger alive against the Tiger dead!

Two more shots from my trip to Khana. 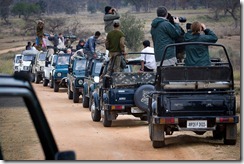 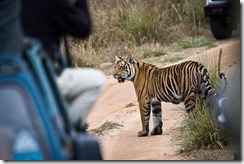 The image on the right is a typical scene in the National parks. The park rangers even without mobiles or radios always know where the tigers are going to be!  In the case of Khana, the owners of the jeeps are all locals aided with a grant to buy the jeeps. In addition you are not allowed into the park unless you use the local drivers and a ranger, also a local.

It gives these guys and their families a real incentive to keep the tigers alive! 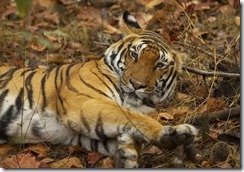 The home project on iPhone

For anyone wishing to follow the details of the home project by Yann Arthus Bertrand -there is now a free iPhone app to do just that. Just search the app store for home project and install. Enjoy Gerry
0